A Man of Many Words

At Cranbrook, the legacy of Samuel Simspon Marquis is clearly visible. A trusted advisor to George Booth, Dr. Marquis oversaw the completion of Christ Church Cranbrook and became the first Rector when the parish was officially established in 1927. He was also instrumental in the founding of the Cranbrook School for Boys and was a Trustee of the school from 1926-1939. On 23 May 1940, Marquis Hall was dedicated in his honor.

Prior to his arrival at Cranbrook, Dr. Marquis was invited by Henry Ford to head the Sociological Department at Ford Motor Company. Marquis remained in this position for five years and accompanied Ford on the ill-fated “Peace Ship” to Europe in 1915. In 1923 Marquis published Henry Ford: An Interpretation, one of the first works written by an employee close to Ford. Marquis’ work with Ford is well-documented in our collection here at Cranbrook and at the Benson Ford Research Center. 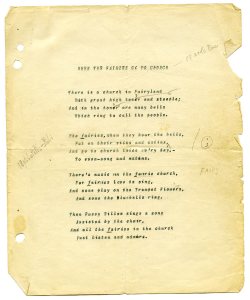 While doing research here at Cranbrook, I discovered that Marquis was also a prolific writer. He wrote not only about religious topics, but about history, the political climate of the day, and even poetry. Below are samples of the book plates for the unpublished Marquis Book of Poems. Enjoy! 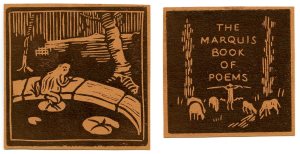 2 thoughts on “A Man of Many Words”