In 1934, George G. Booth asked the Cranbrook Foundation to purchase a fire truck and equipment, essentially beginning the Cranbrook Fire Department. A fire hall was built in early 1935 to house the new truck – a 1934 Ford Truck V8 Chassis with a Proctor-Keefe Company body and fire equipment, including a 500-gallon Barton-American Pump mounted on the front of the truck.

In the existing Tower Cottage fire hall (built in 1921) was a 1934 Ford Pick-up with fire equipment and a Barton-American U-355 pump mounted on the front of the car; booster tank and fittings, 2 lengths suction hose, and a hydrant adapter. It had been purchased by George and Ellen Booth for use at the homestead property.

In 1935, after studying at the University of Michigan’s Fire School, Dominick Vettraino was named the Fire Chief. The Assistant Chief was his brother John Vettraino. All other firefighters were volunteers from the maintenance staffs of all the Cranbrook institutions. Because they were paid, the Chief or Assistant Chief was always on call, including Sundays and holidays, and lived on campus, but it was not until 1938, that the Cranbrook Foundation decided a residence for the Chief should be built next to the fire hall. 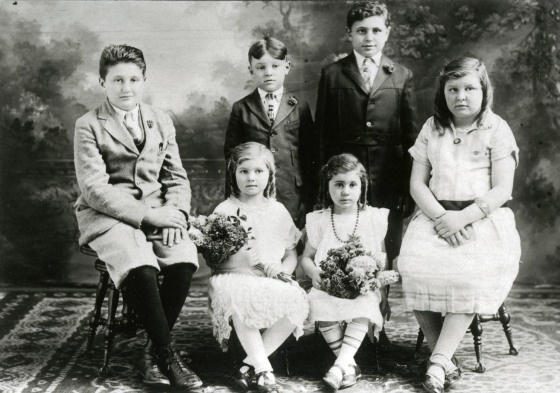 Cranbrook Archives is excited to announce a new online collection of material that highlights the contributions of the Vettraino family at Cranbrook. The collection includes a sampling of photographs and documents of the family, as well as other Italian immigrants who worked on campus clearing the land and building roads and stone walls; maintaining the landscape; and working in the Cranbrook Fire and Police Departments.

Michael (Mike) Vettraino came to Cranbrook in 1905 to work with one of George Booth’s first landscape architects, H.J. Corfield. Mike served Cranbrook for more than 50 years and received the Founders Medal in 1955. For more than 110 years, his children and grandchildren have continued to honor his legacy, serving the Cranbrook community not only as grounds-keepers, but in many other areas of the campus. We are pleased to be able to share their amazing legacy. 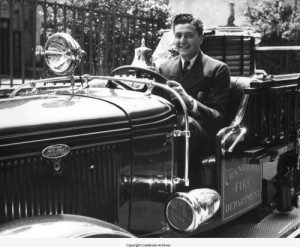 In honor of Election Day I wanted to feature Cranbrook and the polls! In 1958, Cranbrook’s Dominick Vettraino was elected as mayor of Bloomfield Hills, the first native born Bloomfield Hills resident to hold the position!

Dominick Vettraino was the eldest son of Michael and Michaela Vettraino.  Mike was grounds superintendent for Cranbrook from 1905-1955 and all of his children except Dominick were born at Cranbrook. Dominick started working with his father on the grounds when he was 16 years old, and after Mike’s retirement, took over the position of superintendent.  In addition, he contributed substantially to the surrounding community.   After studying at the University of Michigan’s Fire School he was named chief of the Cranbrook Fire Department. He and his brother John Vettraino converted a Ford chassis into Cranbrook’s first fire truck, and eventually Dominick served as the head of Cranbrook’s Police Department.

After his many Cranbrook achievements he went on to serve the larger community of Bloomfield Hills.